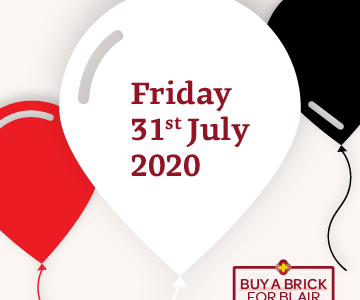 When Lyn Brown’s daughter Jess sent her a link to say she’d purchased a supporter’s brick for the Southland Charity Hospital, it reminded the owner of the Waikaia Store, Brown Owl Café and Post Office to jump online and purchase her own.

Little did she know, she would be the person who would help the #buyabrick campaign reach its first milestone: with her donation helping the Southland Charity Hospital’s newly-announced fundraising campaign reach $100,000.

“We wanted to buy one, mainly because it’s a great idea but also because we’ve both lost family members to cancer, so it’s pretty close to the heart,” she says.

“We just thought, if there was anything we could do to support the cause, then we would.”

Lyn was surprised to receive a phone call from Melissa Vining herself – member of the Southland Charity Hospital board and wife to Blair Vining, whose epic fight for better healthcare access for the south was a driving force in the creation of the charity hospital. It was Melissa who told Lyn her donation – in exchange for a supporter’s brick, which will be engraved with both her and husband Lindsay’s names – had helped the Southland Charity Hospital’s Buy a Brick campaign reach $100,000.

Blair was diagnosed with terminal bowel cancer in 2018 and, after discovering the inequities within New Zealand’s healthcare system because of the ‘postcode lottery’, decided to do something about it. One of the greatest legacies Blair has left behind, following his death in October 2019, is the formation of the Southland Charity Hospital Trust.

Founded by the community, for the community, the Southland Charity Hospital will provide healthcare for those living in the Southern DHB Zone who would otherwise be unable to access treatment through the private or public systems.

“What do I hope for the Southland Charity Hospital? I guess it’s just giving people options in getting treatment and diagnosis earlier. The hospital is going to open so many doors for so many families, and hopefully will take away the stress and anxiety of waiting,” Lyn says.

Her father passed away from bowel cancer a few years ago, while her mother died of cancer 30 years ago. The Brown family has also lost loved ones to cancer recently.

“When Jess said she’d bought a brick, I thought ‘I must remember to do that’,” Lyn says.

“When Melissa rang, I just laughed… I was proud, I was really proud. It’s wonderful that the people behind the Southland Charity Hospital have got this far and they’re actually doing it. I admire Melissa and the Vining family so much. They’re incredible people. It’s so selfless, doing this for the betterment of everybody in Southland. It’s not just for them, it’s about the future. It’s just amazing.”

The Southland Charity Hospital needs to raise an additional $500,000 minimum in donations before it can proceed with refurbishing its building in Invercargill. The building was donated by ILT.

The Buy a Brick campaign will culminate in the first-ever Buy a Brick Day, to be held on 31 July. The hospital hopes to encourage Kiwi businesses, schools and organisations to hold a Casual Friday and use proceeds from their fundraising efforts to purchase engraved supporter’s bricks, which will form the path from the carpark to the hospital, or commemorative plaques, which will be situated in Blair’s Garden on-site.

To purchase a supporter’s brick or commemorative plaque, visit www.buyabrick.co.nz

Get ready to Pack the Park

The Southland Charity Hospital is by the community, for the community: and it is set to bring something pretty special to the public with Pack the Park 2020. To pay tribute to everybody who has supported the cause – and to mark the first anniversary of the death of cancer… Read more

Our brand-new general manager, Helen Robinson, had a baptism by fire when she took on her role with the Southland Charity Hospital. Originally from England, and having moved to Invercargill from Shetland (an archipelago in the Northern Isles of Scotland), she started with the hospital on Wednesday 29 July –… Read more